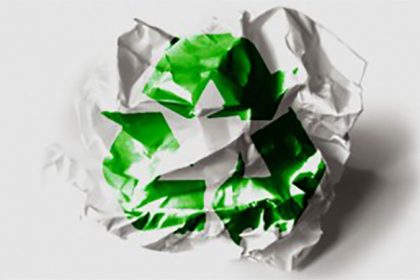 You’ve heard of laser printers — and now a team of researchers from the University of Cambridge in England have created a laserunprinter that can remove ink without damaging the paper.

Despite both methods using lasers, their (un)printing approaches are fundamentally very different. In a laser printer, a laser is used to give individual “pixels” on a piece of paper a positive charge (pictured below). Negatively-charged toner particles stick to these positive regions, and a heat source then fuses the toner to the paper.

In the laser unprinter, very short pulses of laser light — on the order of picoseconds; there are one billion picoseconds in a millisecond — are used to vaporize the toner, or ablate in scientific terms. The trick here is ablating the toner without damaging the paper; to do this, the team uses green laser light that is readily absorbed by dark toner, but which passes harmlessly through cellulose fibers in paper.

The primary goal of unprinting is to cut down on the carbon footprint of the paper and printing industries.

Manufacturing paper is incredibly messy business that produces millions of tons of CO2 every year. Recycling paper is definitely a step in the right direction, but it’s still a very resource-intensive process. If we could simply delete sheets of paper, rather than re-pulping them, we could cut down on electricity usage, CO2 output, and most importantly fresh water, which is growing more scarce by the year. It would also be rather handy if you never had to buy another ream of paper, too.

In a worst-case scenario, The University of Cambridge unprinting method has half the carbon emissions of recycling; best-case, unprinting is almost 20 times as efficient. It’s now a matter of building the technology into a commercial device, which the team admits is probably a long way off. High-powered picosecond lasers are the reserve of labs… for now!

Thank you to Extreme Tech for this article.

We email about once a month and you can opt-out anytime with just one click.

Join our newsletter and once a month we'll send you featured industry news and key specials. 1-click opt-out anytime.

Plus, for a limited time only get our MFP Security Infographic when you sign-up as a free gift and check if your MFP, copiers, and printers are up to the security challenge.